Ministry of the Interior and Public Security 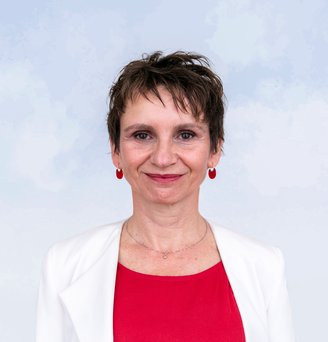 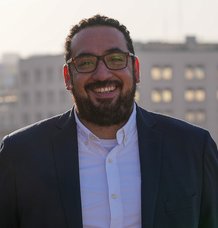 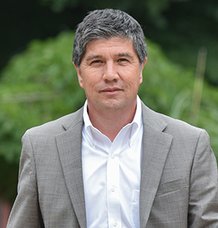 Undersecretary Monsalve is a doctor and politician born in Coronel on July 9, 1965.  He is the son of Manuel Monsalve and Graciela del Carmen Benavides, is married and has two daughters. He went to primary school at public school N°54 Rosita Renard in Coronel and secondary at Liceo A-49 Antonio Salamanca Morales, also in Coronel.

He studied medicine at the Universidad de Concepción, School of Medicine, where he graduated third in his class as a surgeon. He furthered his studies in social and public management.

He was a physician in the municipality of Los Álamos (Biobío Region), where he was appointed director of the Consultorio (public health clinic)  and head of the Municipal Public Health Department.

A member of the Partido Socialista de Chile, he began his political career when he was elected councilman in the municipality of Los Álamos.  During this period he presided over the provincial board of directors of the PS and was part of the party’s regional leadership.

In 2000, then-Health Minister Michelle Bachelet named him director of the Arauco Public Health Service. Later, in 2006, he was elected deputy for the former District 46 in the Biobío Region, where he was reelected three times. Until March 10, he was deputy for the new District 21 of the municipality of the Lota and the Arauco and Biobío provinces. 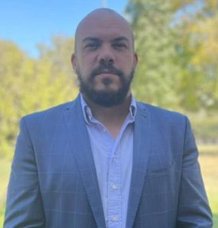 Undersecretary Vergara studied political science at the University of Portland, USA, and has a master’s degree in public affairs from The Paris Institute of Political Studies (Sciences Po). He has a master’s in politics from California State University, Long Beach and he pursued advanced studies in drug policy and human rights at the CEU in Budapest, Hungary and Oxford Analytica.

He worked on major disarmament processes in Sarajevo and Bosnia-Herzegovina. He also taught at the Uganda Martyrs University.

Throughout his career he has presented proposals on security policies before the Mexican congress, the OAS, UNASUR, the European Parliament and Commission, and universities in the United States and Europe where he emphasized the relation between inequality, gender and security.

Between 2015 and 2018 he was in charge of the Public Safety Division of the Interior Ministry and later became executive director of Fundación Chile 21, where he formed the largest network of municipalities in terms of prevention and security.

He is also a member of the Organized Crime Observatory for Latin America and the Caribbean.

On March 11, 2022, he took office as Crime Prevention Undersecretary.

Institutions of Ministry of the Interior and Public Security