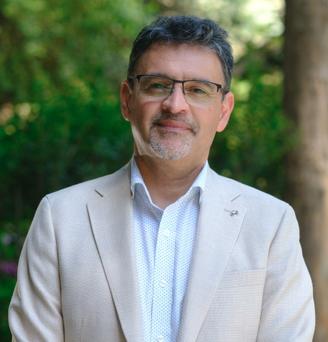 Dr. Salazar is a biologist with an undergraduate degree from the Uppsala Universitet and has a doctorate from the Karolinska Institutet, both in Sweden.

From 2009 to 2022 he co-directed the Millennium Institute on Immunology and Immunotherapy (MIII), focusing his research on the development of technologies to overcome cancer. Between 2014 and 2022, he was vice chancellor of research and development at the Universidad de Chile, where he is also a member of the Faculty of Medicine. He has published two books on cancer and is author and co-author of more than 75 scientific publications in international journals, accumulating more than 4,000 citations.

For the past fifteen years, Dr. Salazar has formed and directed a multidisciplinary group of scientists and professionals. Together they conducted the first clinical trials for the treatment of melanoma and prostate cancer in Chile, achieving dos innovation patents, founding two science-based startups and developing a vaccine. The results of these studies have been published in high-impact international journals, such as the British Journal of Cancer, Journal of Clinical Oncology and Cancer Immunology Immunotherapy.

He was president of the Asociación Chilena de Inmunología (ASOCHIN) and of the Latin American Association of Immunology (ALAI). He also presided over the board of directors of the technological cluster KnowHub Chile and is on the board of directors of the International Human Phenome Consortium (IHPC). In 2009, he was part of President Michelle Bachelet’s delegation on her official visit to India, and in 2007 and 2008 he was named finalist for the Avonni Award, given by the Innovation Forum of the Economy Ministry and the private sector. 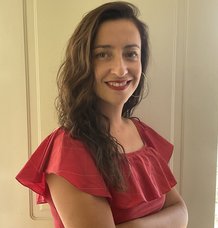 Undersecrtary Gainza studied sociology and received her master’s degree in Latin American studies from the Universidad de Chile and her doctorate in Hispanic languages and literature from the University of Pittsburgh.

She was one of the founders of the Asociación de Investigadores en Artes y Humanidades and was on its board of directors for five years.

She is the daughter of Pedro Gainza and Mirna Cortés. She has three sisters and two children, Nicolás and Eloisa.

Institutions of Ministry of Science, Technology, Knowledge and Innovation