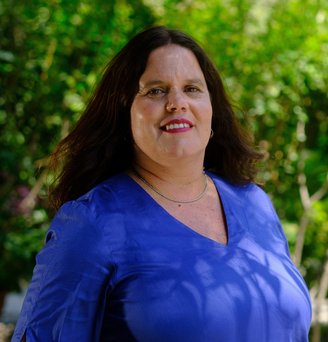 Maya Fernández Allende studied biology and veterinary medicine and is a politician from the Partido Socialista de Chile.

She was born in Santiago on September 27, 1971. She is the granddaughter of former Chilean president, Salvador Allende Gossens. After the coup d'état in 1973, her family went into exile in Cuba where she lived until she was 21 years old. She returned to Chile in 1990 and settled down permanently in March 1992. She is a mother of 2: Fernando and Beatriz.

Education and Work: In 1992 she began studying biology at the Faculty of Science of the Universidad de Chile and later, at the same school, veterinary medicine, and received a degree in both.

Public career: In 2002, she worked in the Chilean Agriculture and Livestock Service (SAG). Between 2006 and 2012 she was in charge of sanitary and phytosanitary issues of the treaties and trade agreements signed by Chile as a member of the General Directorate of International Economic Relations (DIRECON). In the municipal elections of 2008, she was elected council member for the Municipality of Ñuñoa, with the support of the Concertación de Partidos de la Democracia, period 2008-2012. She was candidate for mayor of Ñuñoa for the Partido Socialista de Chile in the 2012 municipal elections but was not elected.

Parliamentary career: She was elected deputy for the first time in 2013. In November 2017 she was re-elected as deputy in representation of the Partido Socialista de Chile for District 10, Metropolitan Region, within the Pacto La Fuerza de la Mayoría (legislative period 2018-2022). She was president of the Chamber of Deputies between March 11, 2018,  and March 19, 2019. During this period she participated in the standing committees of Foreign Affairs; Women and Gender Equality; Economy, Development; Micro, Small and Medium Companies; Consumer Protection and Tourism; Sports and Recreation; and National Defense (which she presided over between July 14, 2020, and March 23, 2021). 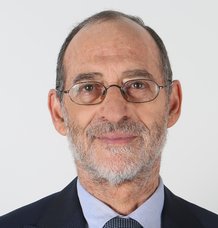 He is currently a professor in the Faculty of Physical Science and Mathematics at the Universidad de Chile. He has vast experience as an academic, where he has stood out for his publications and lectures in the area of defense, strategy and management of the Armed Forces.

He is a member of the Defense and Armed Forces Analysis Group (GADFA), where he co-authored the proposal of a program for Gabriel Boric’s government and a constitutional proposal, both related to Defense and the Armed Forces. He is also a member of the French psychoanalytic association, Analyse Freudienne. He has developed an extensive work career in the business world as area manager and general manager, and in the political world, developing advisory functions to members of parliament on different issues related to National Defense. 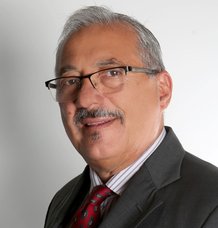 As a diplomat he reached ambassador level in 2004, representing Chile in Vietnam, Portugal, Trinidad and Tobago and Italy. He resigned as ambassador in 2018. He worked at the United Nations FAO (Food and Agriculture Organization) in Rome for two years, until 2019.

Between 2020 and 2022 he was Deputy Director of Strategic Development of the Universidad de Chile. In 2006, he was appointed Director-General of Ceremonial and Protocol by the former president, Michelle Bachelet.

Institutions of Ministry of National Defense