Ministry of Labor and Social Security

This ministry contributes to Chile’s development by driving public policies that promote decent jobs, vocational training, health and safety in the workplace, greater integration of vulnerable groups into the job market as well as the regulatory changes required for the expansion and exercise of workers’ rights, particularly collective rights. The Ministry will also promote the necessary changes to the pension system. 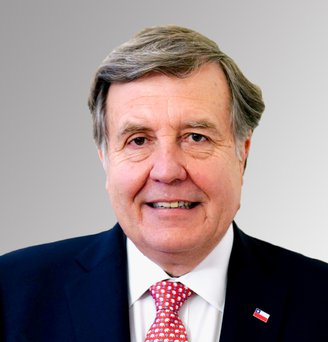 He began his political career as vice-president of the students’ federation at the Universidad de Chile (FECECH) between 1977 and 1978. A few years later he became vice-president of the Frente Juvenil de Unidad Nacional (National Youth Unity Front) and was director of the Secretario Nacional de la Juventud (National Youth Secretariat). Between 1985 and 1989, Mr. Melero served as mayor of the municipality of Pudahuel in the Metropolitan Region.

From 2003 to 2005, he was secretary-general of the political party Unión Demócrata Independiente (UDI) and was President of that same party from 2012 to 2014. 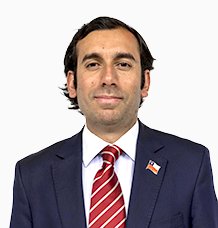 Mr. Arab holds a Law Degree from Pontificia Universidad Católica de Chile, with a major in Civil Law. He also holds a Diploma in Law pertaining to Labor and Social Security in companies and a Master’s degree in Law with a major in Business Law from the same university.

Currently he is a Business Law professor at the Pontificia Universidad Católica de Chile for both undergraduate and graduate level courses.

Mr. Arab served as Labor Undersecretary during the administration of Sebastián Piñera from 2013 to 2014.

He has presented at several labor-related conferences both in Chile and abroad and he has also written various publications on this topic.

Mr. Arab is married and is the father of three children.

He has specialized in corporate counseling on tax matters and as a trial attorney in commercial, civil and tax matters.

Prior to his appointment, he worked as an attorney with law firm Guerrero y Cía, and was part of the technical roundtable that counseled the government on labor legislation and quality of life.

In the public sphere, he is vice-president of the Renovación Nacional political party.

Institutions of Ministry of Labor and Social Security