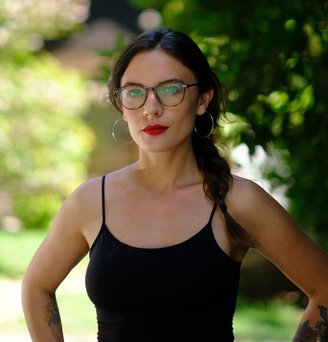 MINISTER SECRETARY GENERAL OF THE GOVERNMENT

Camila Vallejo has a degree in geography from the Universidad de Chile. In 2021, she began studying for her master’s degree in government, public policies and territories at the Universidad Alberto Hurtado, which she had to put on hold to take on the role of government spokesperson.

Her political career began in the Communist Youth of Chile in 2006, the year in which she started the university. In 2010, she was elected President of the FECH (Student Federation of the Universidad de Chile) and in 2011 she took on the role of vice president. During those years, she led the student demands, mainly for free higher education, together with the current President of Chile, Gabriel Boric, Minister Giorgio Jackson, and Deputy Karol Cariola.

In 2013, pregnant with her only daughter, she was elected deputy for District 26, La Florida, a municipality where she was born and raised, for the 2014-2019 period. In 2017, she was re-elected for the position in the new District 12 which included the municipalities of La Florida, La Pintana, Puente Alta and San José de Maipo.

Part of her job in Congress was to promote educational initiatives such as free higher education, comprehensive sexual education and emotional education. She also promoted initiatives that aimed at ending gender violence, like the Gabriela Law, the Dating Violence Law and No consent is rape.

The spokesperson is very concerned for working families; one of her iconic projects as deputy was the one that reduces the workweek to 40 hours. This project is currently being looked at in the Senate and was adopted as a campaign promise by Apruebo Dignidad.

In August 2021, the current minister announced her decision to not run for a third term in the Chamber of Deputies and joined the campaign for the then-presidential candidate of Pacto Apruebo Dignidad, Gabriel Boric. Later, on January 21, 2022, she was named Minister Secretary General of the Government. 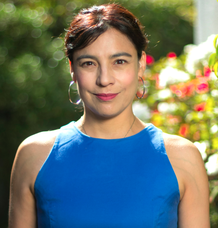 UNDERSECRETARY GENERAL OF THE GOVERNMENT

Since she was young she has always been interested in collective and community work. When she was in secondary school, at the Liceo 7 in Providencia, Santiago de Chile, she was president of the Student Council, where she joined others and protested to obtain special Metro fares for schoolchildren, which didn’t exist at the time.

She was part of the team that created the “Quiero a mi barrio” (I love my neighborhood) program through the Housing and Urban Development Ministry (MINVIU).  She also worked in the National Drugs and Alcohol Prevention and Rehabilitation Service (SENDA), in the Mining and Energy Ministries, in the Economy Ministry, she served as director of community relations in Gestion Social, is one of the founders of Santiago Amable and of the Menstrual Laboratory, where through the latter she exposed the need for a law that accepts medical leave of absence for women who suffer intense pain that does not allow them to perform their usual activities. She also revealed the shortage of feminine hygiene products for those with less resources. During the course of the pandemic, she proposed and requested those products to be included in the baskets of goods delivered to families.

She has a daughter and a son, is member of Fuerza Común and is an ontological coach from Newfield Institute.