The institutional mission of the Regional Presidential Delegation is to represent the President of Chile in the implementation of public policies according to his or her government program. It must also foster, oversee and promote the region’s economic, social and cultural development by formulating and executing the budget for regional investment.   The region has a total surface area of 16,396 km² and a population of 1,815,902 inhabitants according to the 2017 Census. Administratively, it is composed of 8 provinces (Isla de Pascua (Easter Island), Los Andes, Petorca, Quillota, San Antonio, San Felipe de Aconcagua, Marga Marga and Valparaíso), which are divided into 38 districts. The regional capital is the city of Valparaíso. 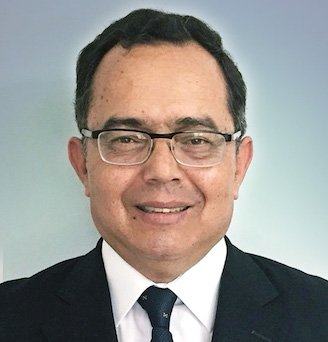 Presidential Delegate for the Valparaíso Region

Mr. Martínez holds a Degree in Legal Sciences from Universidad de Valparaíso, and has undertaken studies in Roman Law at Sapienza University of Rome.

In 2014, he was declared Distinguished Citizen by the Municipality of Valparaíso. Between 2004 and 2012, he was Regional Director of professional and vocational institute Duoc UC, and for many years a professor of Roman law at different law schools across the country, such as Universidad Católica de Valparaíso, Universidad de Los Andes and Universidad Andrés Bello.

In 2013, he was a consultant in Higher Education to the Ministry of Education. Prior to that, between 1990 and 1994, he served as Legislative Coordinator of the Unión Demócrata Independiente (UDI) party in Congress. Mr. Martínez is an active member of the Renovación Nacional party.

He is married to Carolina Arroyo Aparicio and they have three children.