The institutional mission of the Regional Presidential Delegation is to represent the President of Chile in the implementation of public policies according to his or her government program. It must also foster, oversee and promote the region’s economic, social and cultural development by formulating and executing the budget for regional investment. The region has a total surface area of 42,225.8 km² and a population of 330,558 inhabitants according to the 2017 Census. Administratively, it is composed of 2 provinces (El Tamarugal and Iquique), which are divided into 7 districts. The regional capital is the city of Iquique. 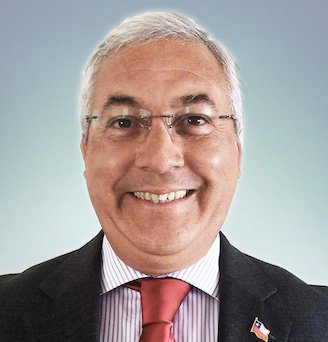 Presidential Delegate for the Tarapacá Region

Before taking office as Regional Governor, he served as Chief of Staff for Congressman Renzo Trisotti, who represents District No.2 of the Tarapacá Region.

During the first government of President Sebastián Piñera, between 2012 and 2014, he served as Provincial Governor of Iquique in the Tarapacá Region, and before that as Regional Ministerial Secretary of Finance of the same region (2010-2012).

Mr. Quezada is an active member of the Unión Demócrata Independiente (UDI) party, married to Teresa Bermúdez Montecinos, with whom he has three children.