The institutional mission of the Libertador General Bernardo O’Higgins Regional Government is to represent the President of Chile in the implementation of public policies according to his or her government program. It must also foster, oversee and promote the region’s economic, social and cultural development by formulating and executing the budget for regional investment. The region has a total surface area of 16,387 km² and a population of 914,555 inhabitants according to the 2017 Census. Administratively, it is composed of 3 provinces (Cachapoal, Cardenal Caro and Colchagua), which are divided into 33 districts. The regional capital is the city of Rancagua. 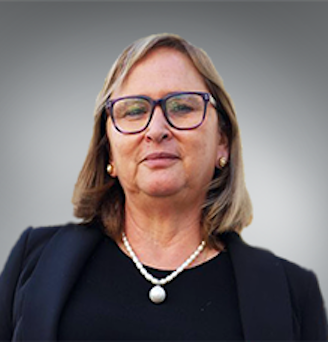 In 2008, she was elected mayor of Chépica, a town in the province of Colchagua in the O’Higgins Region, and was reelected in 2012 and 2016. After holding the office of mayor for 12 years she was called by President Sebastián Piñera to take office, in April 2020, as Regional Governor of Libertador General Bernardo O’Higgins.

In 2013, she was named one of 100 Women Leaders in Chile by Mujeres Empresarias and El Mercurio newspaper.