On August 19, 2017, it was signed a decree promulgating the law that created the Ñuble Region. Published in the Official Gazette on September 5, 2017, the law establishes that the new region shall come into effect on September 6, 2018. The region has a total surface area of 13,178.5 km² and is administratively divided into 3 provinces (Diguillín, Punilla and Itata) and 21 districts. The regional capital is the city of Chillán. 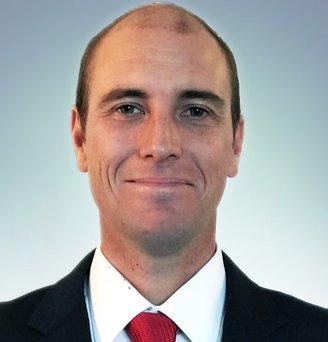 Mr. Arrau has a Degree in Civil Industrial Engineering and a Diploma in Mechanical Engineering from Pontificia Universidad Católica.

Mr. Arrau has served as finance and operations analyst at Electro Metalúrgica (Elecmetal S.A.), and administration and finance manager at Curiagro S.A. and Curimapu Seed Growers, a holding dedicated to seed production in Ñuble.

In 2014, as manager and partner, he joined Picton Explotación Agrícola Ltda. and was in charge of 1,000 hectares mainly under annual crops and orchards. Between 2010 and 2012, he was the coordinator of consultants to the Ministry of Agriculture, in charge of managing and following up on policies for the reconstruction of infrastructure at risk following the earthquake of February 27, 2010.

Mr. Arrau has also served as Chair of the board of Fundación Educacional San Bartolomé, a nonprofit responsible for six educational establishments and over 1,000 students in rural areas of the Ñuble Region.

Between 2015 and 2017, he led the campaign to reform the water code “Por una buena reforma de aguas”, along with water communities, trade associations and river surveillance committees. He was a consultant and member of the board of the Sociedad Nacional de Agricultura (SNA), Chile’s main trade association for farmers.

Mr. Arrau is an Independent, married to Luz María Izquierdo Irarrázaval, and they have no children.

http://www.xn--delegaciondeuble-iub.cl/ Go to the region site