The institutional mission of the Regional Presidential Delegation is to represent the President of Chile in the implementation of public policies according to his or her government program. It must also foster, oversee and promote the region’s economic, social and cultural development by formulating and executing the budget for regional investment. The region has a total surface area of 18,429.5 km² and a population of 384,837 inhabitants according to the 2017 Census. Administratively, it is composed of 2 provinces (Valdivia and Ranco), which are divided into 12 districts. The regional capital is the city of Valdivia. 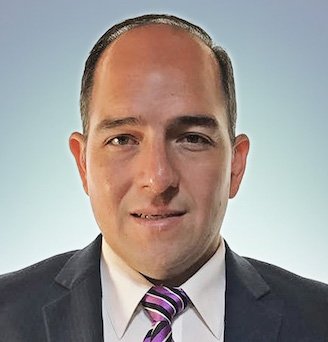 Between September 2010 and March 2014, Mr. Asenjo was the regional director of the Institute for Agricultural Development (INDAP) of Los Ríos Region, where he headed the institutional implementation of Programs for Territorial Development.

Between 2003 and 2007, he was the project manager at the Business Management Center of Río Bueno, where he advised rural associative companies, developing a plan for setting up companies and for the transfer of skills to leaders. Later, he was manager at the agricultural management center of Río Bueno S.A. as well as supervisor for southern Chile at the brewery Malterías Unidas S.A.

Before his appointment as Regional Governor, he worked as an agronomy and business consultant in the south of Chile and was head of the industrial plant of the Agrotop Holding, where he provided integrated technical advisory services for a range of crops.

Mr. Asenjo is an independent, married to Yuviza Karina Osman and they are the parents of two children.