The institutional mission of the Regional Presidential Delegation is to represent the President of Chile in the implementation of public policies according to his or her government program. It must also foster, oversee and promote the region’s economic, social and cultural development by formulating and executing the budget for regional investment. The region has a total surface area of 31,858 km² and a population of 957,224 inhabitants according to the 2017 Census. Administratively, it is composed of 2 provinces (Cautín and Malleco), which are divided into 32 districts. The regional capital is the city of Temuco. 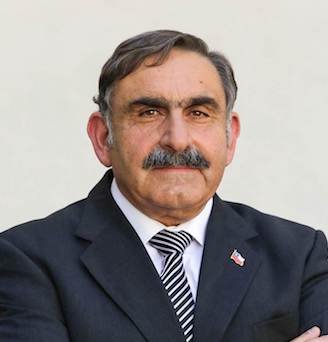 Mr. Manoli is an entrepreneur in the transportation sector; a social and sports leader, and former candidate for mayor of Angol; regional vice-president of the Renovación Nacional (RN) party; president of the Circle of Friends of Carabineros (uniformed police force) and zonal public relations officer; member of the first Community Development Council (CODECO) in representation of community organizations; general councilor, district and municipal president of the RN party.

Married to Gabriela Sanhueza Romero, he is the father of two daughters. He has always been involved in the social and political sphere, and his goal will be to promote the guidelines of the government of President Sebastian Piñera, to support and strengthen all of the districts in the province of Malleco.