The institutional mission of the Bíobío Regional Government is to represent the President of Chile in the implementation of public policies according to his or her government program. It must also foster, oversee and promote the region’s economic, social and cultural development by formulating and executing the budget for regional investment. The region has a total surface area of 23 890,2 km²  and a population of 1,557,414 inhabitants. Administratively, it is composed of 3 provinces (Arauco, Biobío and Concepción), which are divided into 33 districts. The regional capital is the city of Concepción. 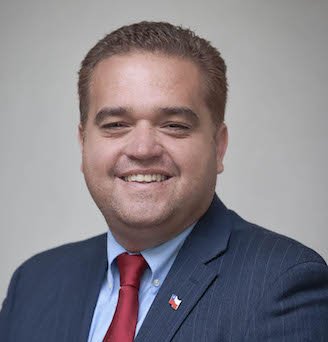 Mr. Giacaman holds a business degree from Universidad del Desarrollo, and a diploma in Strategic Management of People.

He began his career as coordinator of the Business and Administration School at the DUOC-UC Concepción Campus, where he was a member of the team that organized the first international meeting of Asian-Pacific markets. Later, he served as regional director of the charitable foundation Hogar de Cristo between 2009 and 2010.

Between 2010 and 2012, during President Sebastián Piñera’s first administration, he served as Regional Secretary of the Social Development Ministry for Biobío.

Up until his appointment, Mr. Giacaman served as Assistant Manager for Social Responsibility and Community Relations with water company Essbio.