The institutional mission of the Aysén del General Carlos Ibáñez del Campo Regional Government is to represent the President of Chile in the implementation of public policies according to his or her government program. It must also foster, oversee and promote the region’s economic, social and cultural development by formulating and executing the budget for regional investment. The region has a total surface area of 108,494 km² and a population of 103,158 inhabitants according to the 2017 Census. Administratively, it is composed of 4 provinces (Aysén, Capitán Prat, Coyhaique and General Carrera), which are divided into 10 districts. The regional capital is the city of Coyhaique. 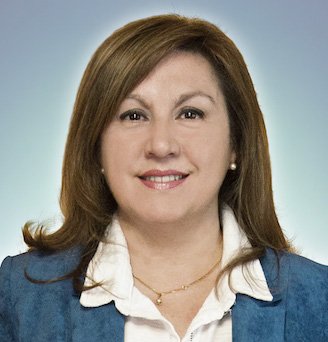 Between 1995 and 2010, she worked for the Housing and Urbanization Service of Aysén Region and headed the implementation of housing programs in the region. She was chair of the social workers’ trade association Colegio de Asistentes Sociales de Chile, of the Regional Council of Aysén, and before that she served as Secretary General of the national fiscal employees' group (Agrupación Nacional de Empleados Fiscales, ANEF) for Aysén.

Between April 2010 and March 2014, Ms. Navarrete was Regional Ministerial Secretary for Social Development in Aysén. Later, she headed the social attention unit of the Municipality of Aysén and, as of December 2016, she was the municipal administrator of the Municipality of Cisnes, a position she occupied until she was appointed to the position of regional governor.

In November 2017, she was a candidate for Congresswoman for District 27 of the Aysén Region.

Ms. Navarrete is a member of the Evópoli party and regional chair of her party. She is married to Miguel Ángel Beltrán and they are the parents of three children.