The institutional mission of the Regional Presidential Delegation is to represent the President of Chile in the implementation of public policies according to his or her government program. It must also foster, oversee and promote the region’s economic, social and cultural development by formulating and executing the budget for regional investment. The region has a total surface area of 75,176 km² and a population of 286,168 inhabitants according to the 2017 Census. Administratively, it is composed of 3 provinces (Chañaral, Copiapó and Huasco), which are divided into 9 districts. The regional capital is the city of Copiapó. 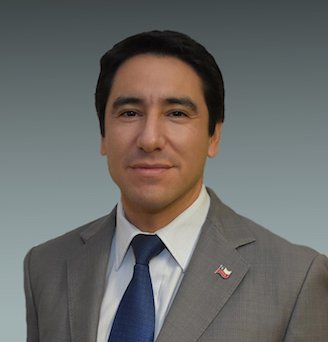 Presidential Delegate for the Atacama Region

Mr Urquieta is a lawyer who graduated from the Universidad Católica del Norte. He has a Master's degree with a major in Business and Labor Law, and is currently undertaking another Master's degree in Natural Resources Law.

He has worked as an attorney both for the Municipality of Vallenar and the Atacama Health Service.

Mr Urquieta then served as Ministerial Regional Secretary of Employment and Social Security in Atacama during President Sebastián Piñera's first term in office.