Microsoft Corporation, the U.S. technology company, has announced its largest investment in 28 years of operations in Chile that will directly and indirectly generate 51,000 jobs. 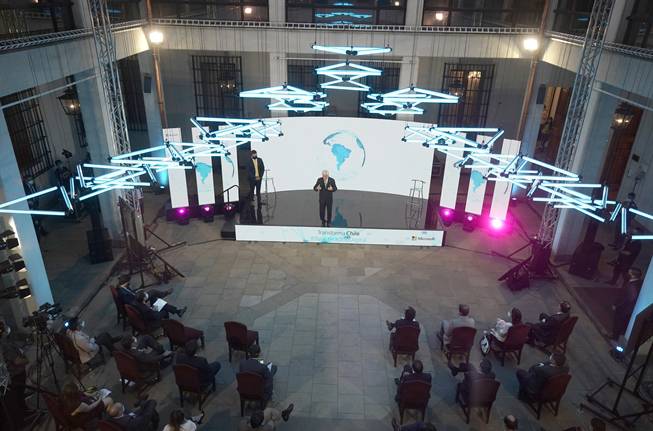 The President of Chile, Sebastián Piñera, made the announcement on Wednesday detailing Microsoft’s biggest investment in Chile. This will include the installation of Microsoft Cloud datacenters and will contribute significantly to the economy and to job creation.

President Piñera attended the event at La Moneda Palace where Microsoft’s “Transforma Chile” initiative was launched. The company announced the creation of the first Microsoft Cloud datacenter region in Chile; a new program to train over 180,000 people in digital technologies at no cost that will enable them to have better career paths; the creation of a university-coordinated public-private advisory board where the use of artificial intelligence will boost Chile’s economic development in an inclusive manner, and a partnership with the European Southern Observatory (ESO) that will strengthen astronomical research in Chile.

”This is good news, not only because of the impact it will have on the economy and on employment but also because it enables Chile to catch up, make up for lost time and embrace the technological and digital revolution that is changing and improving our lives,” President Piñera said at an event where Microsoft President Brad Smith made the announcement remotely from the U.S.

Microsoft and its local cloud-using partners and clients will generate a combined estimated total of US$11.3 billion in new revenue while directly and indirectly creating 51,000 new jobs of which 9,000 will be in information technology.

“This is an investment that because of its features and objectives will significantly drive our economic development and generate opportunities,” President Piñera said. He was accompanied by Finance Minister Ignacio Briones, Economy Minister Lucas Palacios and Education Minister Raúl Figueroa.

“No startup, however small, nor any Chilean, no matter his or her educational background, will be excluded from joining this new society. The State is committed to assisting, helping, supporting and training everyone who participates in our effort towards changing mindsets and to providing the tools needed to achieve equal opportunities,” the President announced.