During the meeting, the two leaders discussed progress in the fight against the Covid-19 pandemic and vaccination plans, the strengthening of the association between Chile and the European Union, and the need to step up actions against climate change. 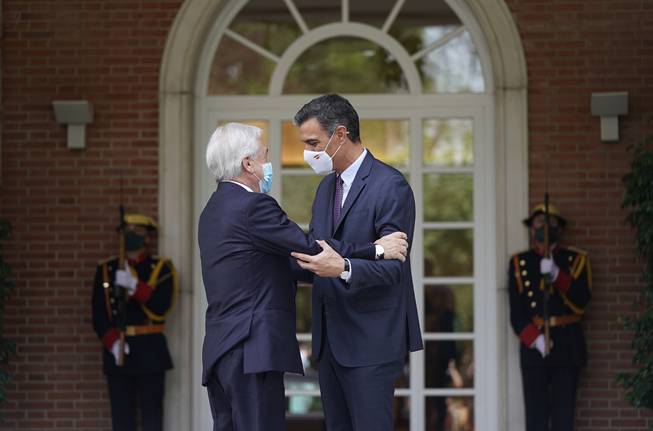 At the meeting, held at Palacio de la Moncloa in Madrid, the Presidents discussed the fight against the Covid-19 pandemic, including progress in the vaccination plan and booster doses.

Another important topic was sealing the agreement on modernizing the association between Chile and the European Union, the country's third largest trading partner.

During the meeting, they talked about the need to strengthen policies to fight climate change, the development of clean energy, and the protection of the oceans and forests, in view of the upcoming 26th UN Climate Change Conference of the Parties (COP26) in Glasgow.

Chile and Spain have a close relationship characterized by a high level of understanding in the political, national defense, economic, commercial, cultural, consular and cooperation fields.

In 2018, bilateral relations received a renewed boost with the visits of Presidents Sebastián Piñera and Pedro Sánchez to one another’s countries, achieving close, high-level dialogue between the two Heads of Government.

During President Piñera’s first term, the Chile-Spain Strategic Alliance was implemented. In addition, various agreements have been signed to promote relations between the two countries at the highest level and consolidate exceptional achievements in areas such as bilateral trade and mutual investment, as well as development in culture, tourism, institutions, sports, and historical, legislative, security, judicial and other matters.