President Piñera and US President-elect, Joe Biden, held a conversation to address the public health crisis, climate change and strengthening democracy and the rule of law in Latin America

By telephone, President of Chile Sebastián Piñera addressed the primary international challenges with President-elect Biden and highlighted the need to strengthen US relations with Latin America and Chile to address the pandemic and the global economic recession. 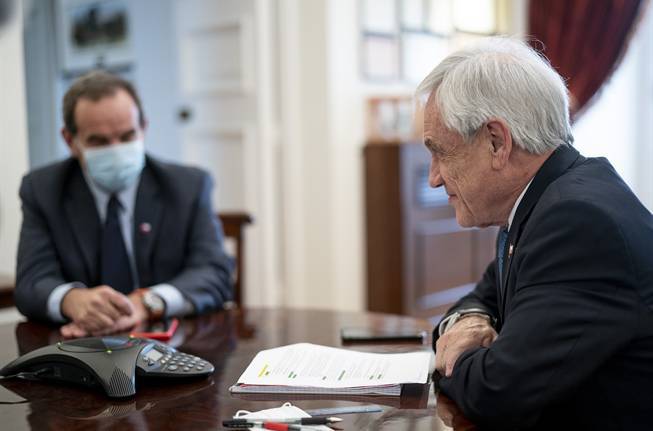 This Tuesday, the President of Chile, Sebastián Piñera, held a telephone conversation with the President-elect of the United States, Joe Biden.

On public health, President Piñera and the future President of the United States discussed progress on the COVID-19 vaccine and the importance of ensuring equitable access to a safe and effective vaccine for the population. In this context, both raised the need to strengthen international governance to face health pandemics.

In terms of free trade, they addressed the need to revitalize the Asia-Pacific Economic Cooperation (APEC) and undertake the necessary reforms to the World Trade Organization (WTO). President Piñera highlighted the importance of TPP11 for our region to strengthen the multilateral trade system.

Lastly, President Piñera and President-elect Biden discussed Latin America’s challenges as well as strengthening democracy and the rule of law in the region. In that context, President Piñera noted the importance of expanding US work with the Forum for the Progress and Development of South America (PROSUR) and the Pacific Alliance and focusing our efforts on working with all stakeholders to find a democratic and peaceful solution to the crisis in Venezuela.