Images that are too adorable: CONAF Los Lagos camera traps capture a number of endangered species

Technology has made it possible to confirm the presence of animals such as the quique (lesser grison), pudú, chingue (skunk), Darwin’s fox and güiña (kodkod). 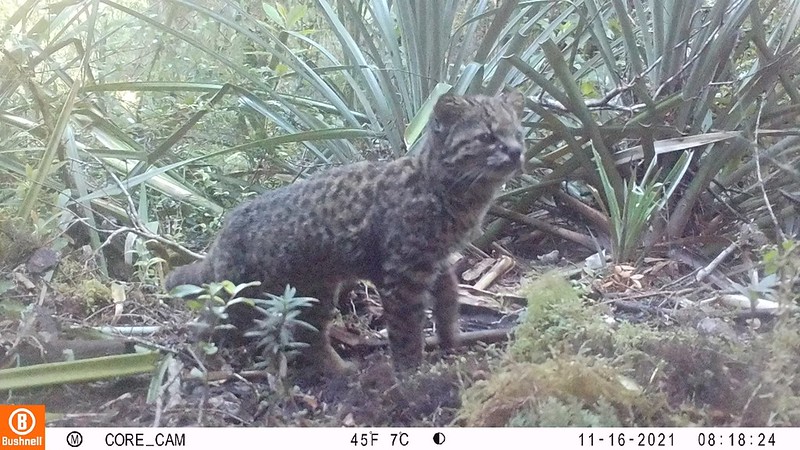 According to CONAF, which is part of the Agriculture Ministry, thanks to this system, it has been possible to determine the presence of endangered species like the Chiloé fox or Darwin’s fox (Lycalopex fulvipes) in the Chiloé National Park and demonstrate the high presence of pudú (Pudu puda), a mammal almost threatened with extinction, in the Pumalín Douglas Tompkins National Park.

During the first meeting of park rangers and technical personnel from CONAF Los Lagos Region, the results obtained by the monitoring system in the Chiloé, Puyehue, Vicente Pérez Rosales and Pumalín Douglas Tompkins National Parks were analyzed.

Diego Valencia, head of monitoring and information at the National System of State-Protected Wildlife Areas (SNASPE), which is managed by CONAF, explained that this system has been implemented in 32 areas throughout the country. However, the broadest and most ambitious system is the one led by CONAF Los Lagos Region.

Miguel Ángel Leiva, regional director of CONAF Los Lagos, emphasized that “the monitoring of fauna in protected wildlife areas is an important and essential activity for the protection of native fauna. Protecting ecosystems is key to conserving biodiversity. We are the first ecological government and CONAF, by mandate, is responsible for the care and protection of the country’s natural resources.”

In the case of Chiloé National Park, which has been using the system for two years, authorities highlighted the presence and use of the park by undergrowth birds such as the chucao and emblematic carnivores like the güiña, Chiloé fox and deer such as the pudú. Regarding direct threats, the presence of domestic animals and other invasive species like the mink were detected. The information will therefore provide the basis for the process of updating the management plan of the park and thus also the conservation measures that protect these species of native fauna.

In the Vicente Pérez Rosales National Park, the presence of conservation species like the puma, güiña, fox, pudú, quique and chingue was observed, as well as species that are a threat, such as wild boar and mink, and domestic animals like cows and dogs.

In the case of Pumalín Douglas Tompkins National Park, where they have just finished the first year of photo-monitoring, attention was caught among the first results obtained by the widespread presence of pudú in the park (close to 57% of the area). The park is one of the state-protected areas with the greatest presence of the species. They also registered güiña, Andean fox, puma and quique. It was possible to identify dogs, cows, hares and mink among the threats.

Lastly, in the Puyehue National Park, they are working on the first stages of defining the monitoring grid. Park rangers in the area hope to verify the existence of species with historical records in the park, such as güiña, puma and pudú, through photo-monitoring. However, one of the long-cherished goals is to determine the presence of huemul (south Andean deer), a species that could live in the park due to its historical distribution, although there are no recent records. 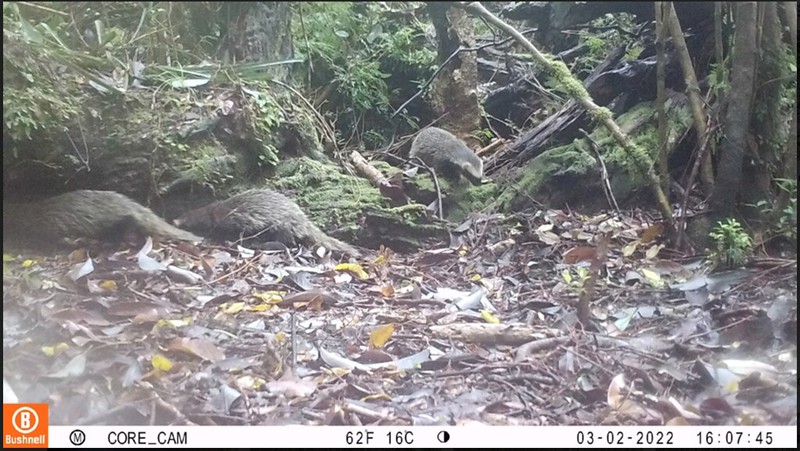