This ministry is responsible for advising and collaborating with the President of Chile on the design, formulation, coordination, implementation and evaluation of policies, plans and programs destined to promote and strengthen science, technology and innovation derived from scientific-technological research. 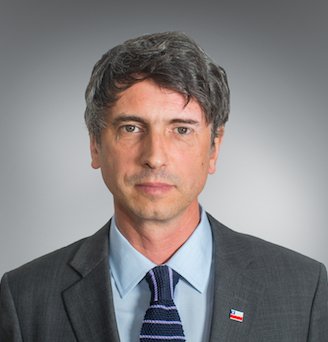 Andrés Couve has an undergraduate degree in biology from Pontificia Universidad Católica de Chile and a doctorate in Cellular Biology from Mount Sinai Medical School in New York. He also completed a post-doctoral fellowship in Neuroscience at University College London (UCL).

When he returned to Chile in 2005, he joined the Universidad de Chile Medical School as a full professor. His research on neuroscience has been published in over 40 international journals.

In 2011, he led the creation of the Biomedical Neuroscience Millennium Institute (BNI), which he directs. The BNI explores cerebral structure and function using biology, mathematics, engineering and clinical work. It is nationally and internationally renowned for the quality of its scientific research and its scientific innovation and education programs.

Minister Couve has recently served as President of Chile’s Cellular Biology Society, has actively participated in scientific policy entities, is a member of the board of Fundación Puerto de Ideas and the Chilean Federation of Industry (SOFOFA) innovation working group, and has focused scientific work on bringing together science and societal values.

Andrés Couve is married to Andrea Brunson and the couple has three children.

Go to the ministry site 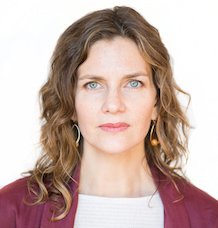 Carolina Torrealba Ruiz-Tagle is the first Undersecretary of Science, Technology, knowledge and Innovation of Chile, since December 2018, when President Sebastián Piñera entrusted her and Minister Andrés Couve, the task of building the new Ministry.

Carolina Torrealba has a Bachelor in Biology (2004) and holds a PhD in Cellular and Molecular Biology (2010) from P. Universidad Católica de Chile.

Between May and December 2018 she was the Executive Director of the Millennium Science Initiative, a program at the Chilean Ministry of Economy that funds and promotes scientific centers of excellence. Between 2011 and April 2018 she was part of the Executive Committee of Fundación Ciencia & Vida, a private non-profit science institute devoted to scientific research and science-based entrepreneurship in the biological sciences.

She founded a publishing house, has published a book on biographies of pioneers of Chilean science and edited two other books. She is also a member of the Board of Fundación Chileーa private non-profit corporation that promotes innovations and pursue international networks to provide high impact solutions to face the challenges of Chile.

DocDigital: the innovative platform that will enable progress toward Zero Paper and save more than US$6.4 million this year