Ministry of Women and Gender Equity 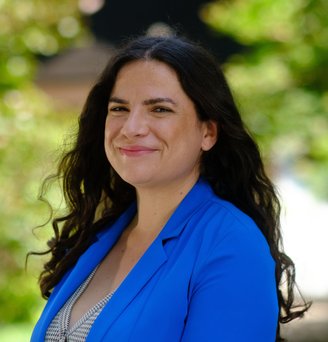 Antonia Cósmica Orellana Guarello is a journalist specializing in media management, with a journalism degree from the Universidad de Chile’s Instituto de la Comunicación e Imagen (2014). She has dedicated much of her career to supporting the establishment and dissemination of social and political organizations in Chile, demonstrating an outstanding commitment to the feminist movement both in Chile and Latin America.

She was a member of the Escuela de Comunicación Popular 2012- 2015, and from then until 2020, she was an associate member of Red Chilena contra la Violencia hacia las Mujeres (Chilean Network against Violence towards Women) in the Metropolitan Region. In 2017, she joined the gender platform team of presidential candidate Beatriz Sánchez. Three years later she was Frente Amplio coordinator of the parity legislative initiative in the constitutional process and coordinator of the Articulación de Mujeres de Oposición and the campaign “Unidas por el Apruebo.”

With Marcela Sandoval, she co-authored the follow-up report on “Violencia contra las mujeres en Chile durante la pandemia de COVID-19: Un Estado Ausente” (Violence against women in Chile during the COVID-19 pandemic: an absent state) submitted to UN Special Rapporteur Dubravka Simunovic in 2020. For the 2021 presidential election, she was in charge of social organizations at the campaign headquarters of Presidential candidate Boric and was a member of the feminist team of Plan de Gobierno. 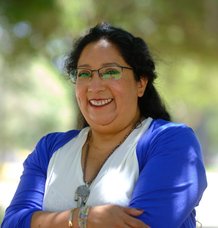 Luz Pascala Vidal Huiriqueo is Mapuche. She was born in the community of Curruhuinca Vidal and grew up in the Padre de Las Casas municipality. The daughter of indigenous farmers, she lived with her 11 sisters and brothers in Wallmapu, the Mapuche ancestral territory. She attended primary school at Escuela Lenfuen G 490 then continued her studies at Liceo A28 Pablo Neruda secondary school.

She then studied Pedagogy and History at Universidad de la Frontera while continuing to work on the family farm but had to abandon her studies for economic and health reasons. She became a social leader early on, as co-founder of Folil Araucanía, a Mapuche women’s cooperative, and has worked with that organization to promote the resurgence and vitality of Mapuche culture through traditional crafts.

She was on the staff of Fundación de las Familias, an institution under the purview of the Presidency’s  SocioCultural Office, supporting women’s education and empowerment processes, especially in regard to their economic and political autonomy. Fifteen years ago she moved to Santiago in search of better professional opportunities. Once in the capital, she obtained employment as a domestic worker in private homes, was a member of the domestic workers union, SINTRACAP, and became deeply involved in defending the rights of women workers, ultimately becoming president of the union in 2019.

From that position, she launched the campaign “Cuida a quién te cuida” (Care for your caretaker), which sought to improve the health and labor conditions for thousands of domestic workers, and managed, during the COVID-19 pandemic, to pass a law providing these domestic workers with unemployment insurance coverage. She has represented her sector in various international processes driven by the ILO, CEPAL, and UNWomen.

In 2020, she was a constitutional convention candidate for District 9, which encompasses the municipalities of Cerro Navia, Conchalí, Huechuraba, Independencia, Lo Prado, Quinta Normal, Recoleta, and Renca, where the majority of domestic workers in the capital reside. Although she was not elected, the convention upholds her work on the rights of female domestic workers and caregivers. She is Chile’s new Women and Gender Equity Undersecretary.

Institutions of Ministry of Women and Gender Equity