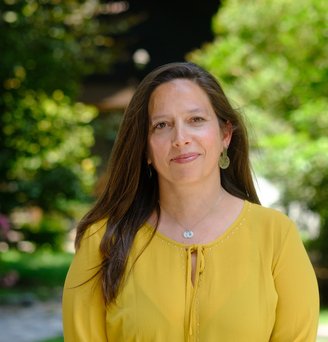 Minister Benado has a teaching degree in physical education, sports and recreation from the Universidad Metropolitana de Ciencias de la Educación (UMCE) and is currently completing a certificate program in sports management at the Universidad de Chile.

Daughter of Lucía Vergara Valenzuela and José Miguel Benado Medvinsky, her introduction to sports began in France where, at the age of eight, she joined the Gradignan Club and was one of the few female members of that club. In the early 1990s, she joined the Sportivo Milano amateur club and later joined the Palestino women’s soccer team, team from where she was called to join the Chilean National Soccer team. Torn cruciate and medial ligaments kept her from playing for some time and she rejoined the team in 2009 when Marta Tejedor, coach of the national team, asked her to be part of the “La Roja” team, where she was named captain.

Minister Benado is an LGBTIQ+ activist and fought for the State to recognize the filiation rights of children of lesbian and gay parents. She is a mother by choice of two children, and upon assuming her position on March 11, 2022, she became the first lesbian woman to lead a ministry in our country’s history. 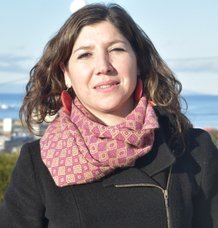 She worked as an attorney at the Twenty-second Civil Court House in Santiago. She also worked as a lawyer at the Corporación de Asistencia Judicial at the Centro de Atención Jurídico y Social of Lo Espejo.

She sponsored important labor cases by carrying out judicial strategies and labor lawsuits, litigating in the Courts of Appeals in the Metropolitan Region and in the Supreme Court of Justice.

She has vast experience in public administration. Until 2018, she participated in the legal division of the then National Council of Culture and the Arts (CNCA).

Additionally, she was an attorney for the Second Electoral Court in the Metropolitan Region.

From 2018 until March 10, 2022, she served as chief of staff of the deputy of President Gabriel Boric, leading the team and developing her role in the Magallanes Region and in the National Congress.

Since 1986 she has practiced classical ballet. She is mother to Leonor.

Institutions of Ministry of Sport