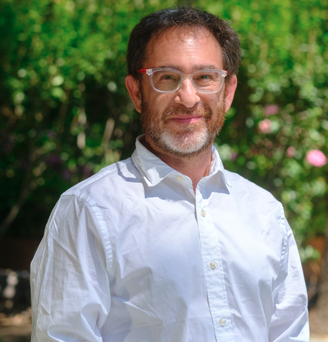 He has gained public sector experience at the Housing and Urban Development Ministry, at the Public Works Ministry, as regional director of architecture for Valparaíso, at the Chilean Economic Development Agency (CORFO), and at Servicio País (Overcoming Poverty Foundation) in the Aysén Region.

As an architect, he has been involved in important projects in the Valparaíso Region where he studied and lives, such as construction of the Valparaíso Cultural Park, the Quillota Municipal Stadium, Villa Alemana’s Pompeya Theater, and the President Pedro Aguirre Cerda Museum and Cultural Center.

From 2011, he served as executive director of the Interdisciplinary Center for Neuroscience (CINV) at the Universidad de Valparaíso, where he developed the research center’s institutional management, community relations, and dissemination projects.

From June 2014, he was a member of the Board of Directors of Empresa Portuaria de Valparaíso (EPV), where he was in charge of defining policies for the development of the port and strengthening its relationship with the city.

He is married to Xochitl Poblete and they have two children. 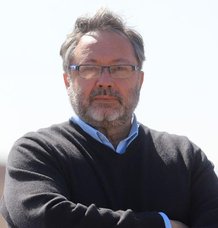 During 2021, he served as senior advisor for projects and climate change at the SYGroup company.

From June 2014 to September 2021, he worked as an executive at the National Mining Corporation (ENAMI), where he took on the role of Modernization Project Manager, managing together with Development and Innovation Management and project managers. From January 2011 to May 2014, he served as head of the Investment Attraction Unit at the Foreign Investment Committee (now InvestChile), and as a mining investment executive.

In 2014, he was responsible for the First Multisectoral International Investment Forum, which involved more than 100 companies and projects. During 2013, he had an international consultancy position in Ecuador -with the respective authorizations- whose purpose was to inform a group of communities from different parts of the country about the benefits of foreign investment for the development of mining.

Between 2008 and 2010, he served as executive director of the Strategic Council of the Chilean Mining Cluster, a public-private initiative whose mission was to improve the environmental conditions for investment in innovation in the mining industry. Between 2007 and 2008, he served as national director of economic development for World Vision Chile. In addition, between 2006 and 2007, he served as advisor to the Mining Undersecretary. From 1996 to 2006, he was a partner and employee of the Labor Economics Program (PET), a public-private institute for socio-economic studies and social intervention.

Institutions of Ministry of Public Works