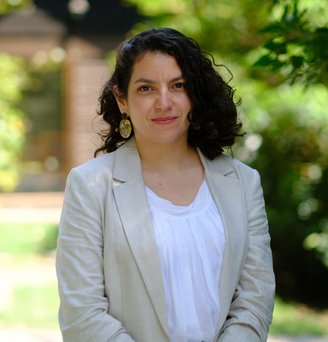 National Assets Minister Javiera Toro Cáceres is the eldest of four siblings and the granddaughter of Alicia Vega País, a celebrated human rights defender during the dictatorship. She studied law at the Universidad de Chile, where she was a leader in the student mobilizations of 2006 and 2011.

In 2015, she earned her law degree and then undertook a master’s degree in law, specializing in public law, at the Universidad de Chile. She worked at Fundación Nodo XXI, investigating social and educational rights, and worked as an attorney in private practice.

She was the first president of the Partido Comunes between January 2019 and July 2020. In this role she experienced one of the defining moments of her political career when, in November 2019, she became one of the signatories of the Agreement for Peace, which gave rise to an unprecedented democratic process and the drafting of a new constitution for Chile. 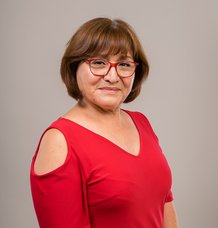 Marilen Cabrera Olmos was born in Calama and is of Quechua origin. She is currently national spokesperson of Acción Humanista and works as a math and computer studies professor (USACH). She studied local development at Vereniging Van Nederlandse Gemeenten in the Netherlands, and training and development at the Universidad de Santiago (USACH).

She has led several enterprises dedicated to local and social development, through the FOSIS and SENCE programs for vulnerable persons, and social housing programs with SERVIU. She has an extensive background in education and a long political career in humanism, including most notably terms as national president and general secretary of the party that represented those ideals.

During the military dictatorship, she was a student leader of the Student Center in the Faculty of Science at USACH. In the 1990s, she was a councilor in the municipality of La Florida and during President Aylwin’s term, she worked in the Social Organizations Division of the Ministry of the Secretary General of the Government.

In recent years, she volunteered for Deputy Tomás Hirsch, supporting the housing committee area.  On March 11, 2022, she was sworn in as National Assets Undersecretary in the government of President Gabriel Boric Font.

Institutions of Ministry of National Assets