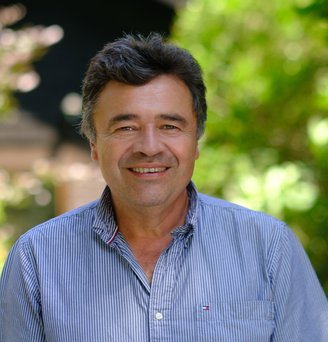 Considered a “regionalist at heart” by President Gabriel Boric himself, Agriculture Minister Esteban Valenzuela Van Treek (57) was born in Rancagua. He spent his childhood and youth in a sprawling family home just a few blocks from the bohemian Barrio Estación district frequented by poet Oscar Castro of “Vida Simplemente” fame, and the folk singing brothers Luis and Arturo Gatica.

A son and grandson of laborers at the El Teniente mine, he is married to psychologist Alejandra Pallamar Azúa, with whom he has three children, Amanda, Gregorio, and Joaquín, as well as a granddaughter, Eloísa. He attended Escuela N° 1 and Instituto O’Higgins in Rancagua, before leaving to study journalism at the Pontificia Universidad Católica de Chile in Santiago. During his time as a student he served as vice president of the FEUC student union and as founder and director of the Confederation of Chilean Students (CONFECH), established in Valparaíso in 1984.

Minister Valenzuela has a master’s in political science from the Pontificia Universidad Católica de Chile (PUC); a master’s in development from the University of Wisconsin (USA), and a doctorate in Contemporary History from the Universitat de Valencia (Spain). He served as mayor of Rancagua, vice president of the Asociación Chilena de Municipalidades, and spent two terms as a congressional deputy, sitting on the Mining and Energy Committee and the Interior and Regional Development Committee.

He is an expert in governance, development and decentralization, and was chair of the Decentralization Committee created by then-President Bachelet in 2014. That committee gave rise to a series of measures to delegate more autonomy and authority to Chile’s regions, in an effort to promote equity and socially- and environmentally-conscious development in all of Chile’s territories.

A scholar, researcher, activist, regionalist, and environmentalist, he is also a writer who has published a teen novel, Pichilemu Blues, as well as analytical books on politics and development. He has worked as a consultant on local and rural development matters for GIZ, the German cooperation agency, in Guatemala, Colombia, Paraguay, and the Dominican Republic. He is founder and vice president of the political party Frente Regionalista Verde Social (FRVS). 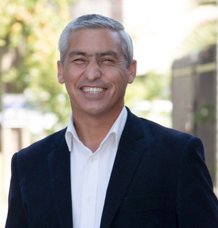 José Guajardo Reyes, 55, is a native of Talcahuano and an animal lover. He studied veterinary medicine at the Universidad de Concepción. He is married to Carola Muñoz Iriarte, who also works in the field of agriculture, and is the father of Josefa and Isidora. In his student days, he led several organizations, most notably the “Joint Committee for Student Welfare,” created to help students who could not afford living expenses while studying.

He was the regional ministerial secretary (SEREMI) of Agriculture in the O’Higgins Region, one of the most agriculturally dynamic and productive regions of the country. In that role, he earned a reputation for his fieldwork and actions to support small-scale family farming, principally in the region’s dry-farmed coastal area. He established the environment office in Lolol municipality and for several years worked as a consultant to INDAP’s PRODESAL (local development) and PRODEMU (women’s development) programs.

Undoubtedly, however, his greatest achievement was obtaining the first-ever Chilean grant from the United Nations Climate Change Adaptation Fund to implement the project, “Enhancing resilience to climate change of the small agriculture in the Chilean region of O’Higgins.” This project seeks to support farmers in water use and management for crops, and to increase the resilience of rural communities in the context of climate change.

The new agriculture undersecretary is an active member of the Federación Verde Social party and has a master’s in rural land use planning from the Universidad Academia de Humanismo Cristiano. He was a secondary school teacher at Liceo Técnico de Nancagua, operated by the Universidad de O’Higgins and the Universidad de las Américas, and until officially taking this new post, had continued caring for pets as a veterinarian in the town of Santa Cruz, where he has lived with his family for the past 30 years.

Institutions of Ministry of Agriculture