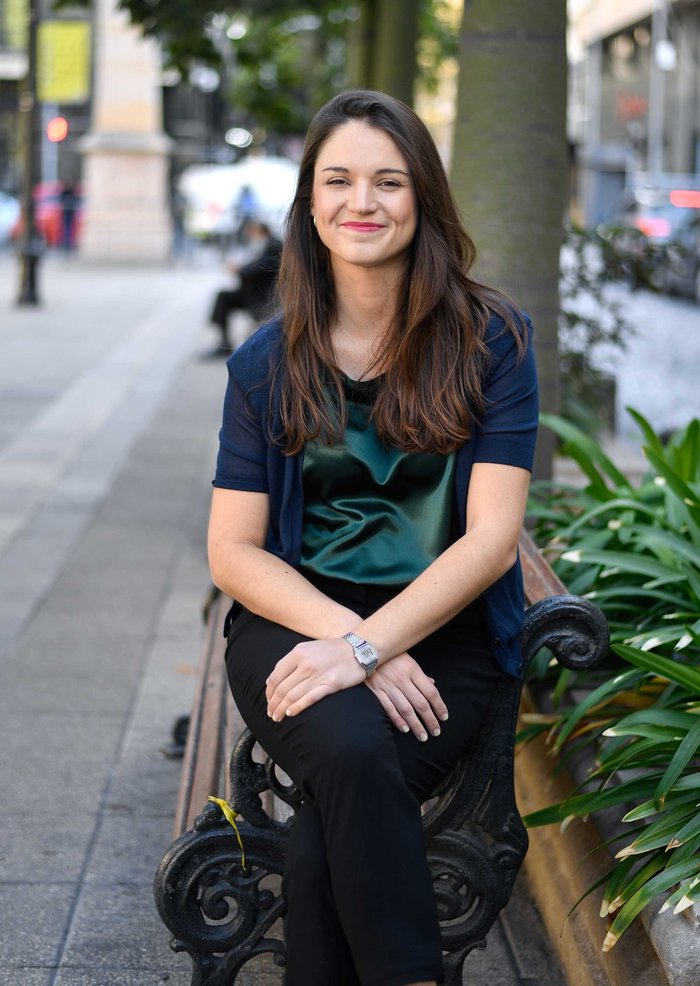 Irina Karamanos was born in Santiago, Chile on October 29, 1989. Her paternal grandparents came to Chile from Greece, while her maternal grandparents were German-born residents of Uruguay. Her father, Jorge Karamanos Elefteriu, was a schoolteacher, and her mother, Sabine Adrian Gierke, is a German-Spanish translator. She has been the partner of Gabriel Boric Font since 2019.

She is a social scientist who studied anthropology and education sciences at Heidelberg University and has a diploma in citizenship education. In her professional life, she has developed projects in the cultural sphere, specifically in the area of education and intercultural understanding through her work in a non-governmental organization. She speaks Spanish, German, English, Greek, and basic Indonesian. She is studying Kawésqar, the language of the indigenous people of the same name who inhabit the south of Chile.

In 2016 she joined Movimiento Autonomista, one of the political movements that in 2019 founded the Convergencia Social political party, and she played a leading role in its constitution. Her interests and efforts have focused on culture and feminism, leading her to participate in the Frente de Cultura and in the founding of Feministas del Frente Amplio. She was an active member and national leader of the Frente Feminista of the Convergencia Social party. She has coordinated political advocacy and participation initiatives for women and dissenters, seeking to pave the way for groups that have historically been excluded from power.